All fans and followers of the hit TV sitcom How I Met Your Mother (HIMYM) could and should agree that there’s a bigger mystery that the series has left unanswered for far too long–aside from who’s the mother, of course.

I’m talking about Barney’s job, an enigma that not even his fellow Goliath National Bank employee and friend Marshall has been able to unriddle.

What exactly does Barney Stinson, awesome Bro-in-Chief, do for a living at GNB?

The answer might be fairly simple after analyzing several of the clues given throughout the 7+ seasons of the series:

Barney is a top account executive for the bank.

Though the job title would still be somewhat vague, since a lot of times the duties of account executives can be distilled to a plain idea: keep the client happy at all costs and by all means possible. Considering Barney’s outstanding skills for persuasion, acrobat-like-flexible ethics, charm, and wit, one can conclude that his profile fits all the requirements to not only a good account executive but an awesome account executie–of course, since he’s awesome already.

Allow me to elaborate according to the evidence and crossexamining it with the facts and characters of another hit series, Mad Men…

I’ll just let the pictures do the explaining for me in this one. But seriously, if I have to explain it, you’re not a HIMYM fan. 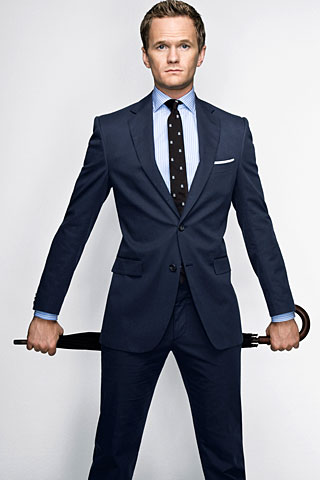 Barney’s (and Robin’s) drink of choice happens to be featured more in Mad Men‘s office settings than coffee and typewriters, especially among the account executives. 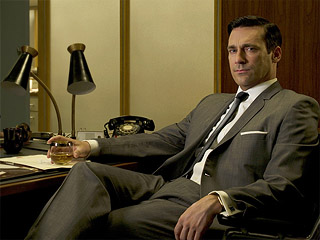 Another of Barney’s favorite pleasures, which also happens to be the most widespread compulsion among all employees of Sterling-Cooper-Draper-Price, from the partners to the secretaries. It’s just a piece of the office/corporate lifestyle.

Not everyone gets an office the size of Barney’s. You have to be at the top of your game to even have an office instead of a cubicle. Yet, accout executives need a place to seal their deals with the important clients–and others. Don Draper would approve. 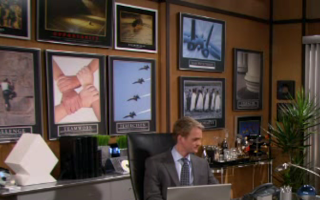 Through the seasons, Barney has told his friends stories about the office that usually happened during meetings rather than at the watercooler. If he has to attend so many meetings while seemingly not working on anything else, as he has claimed before, then he must have an executive position of some sort.

With great salary come greater chances of getting laid. Even if Barney possibly wouldn’t need the boost to be the amazing womanizer that he is, the spoils from his job definitely give him more tools to work his magic. Similarly, the guys of Mad Men do their fair share of womanizing and oh-so-50s-mysogyny, in which even the geekiest of the staff get lucky every so often during office parties and late nights at the office while struggling to keep their accounts. 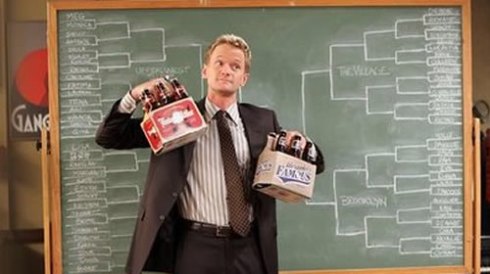 Barney has been caught and has mentioned in several occassions meeting and negotiating with current and potential clients, who have included foreign nations (Portugal, for instance) and military figures of questionable background. Don Draper and his team have seen everyone, from presidential hopefuls and the U.S. military to hotel tycoons, parade across their offices. Dealing with different types of clients comes with the duties of an account executive, for the sole purpose of his job is to keep the client coming back for whatever service the corporation provides, be that advertising campaigns like in Mad Men or any of the devilish deeds that GMB does.

If the gang needs a driver, Barney has Ranjit on speeddial. If somebody needs a suit, he has a tailor. If he needs a trained wild animal to impress a girl, he has a guy. Barney always has a guy for anything that he needs, which he most likely has accomplished after years of juggling and tumbling in order to please his clients’ every wish and whim–aside from his own desires, crazy ideas, and challenges.

And as long as he keeps doing precisely that, pleasing and keeping his clients, he will remain being awesome at his job. 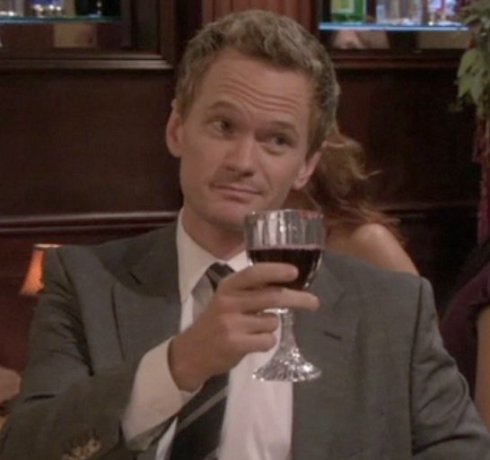