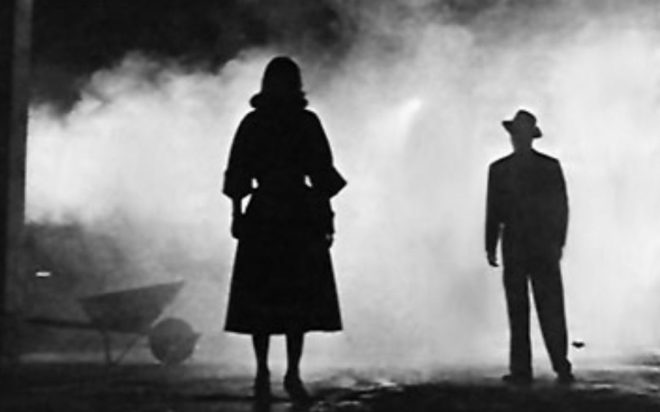 We live in a “transitional state, where the masses no longer trust the elites and are confused about their values.”[1] Following the established institutions no longer guarantees a good life. Praying doesn’t comfort as it used to. Wealth doesn’t actually satisfy. Even doing the right thing isn’t rewarding anymore. People are left with a spiritual void which no one knows how to fix. Therefore, having deeply unsatisfied members, society has failed to achieve its main objective of welfare. The reaction that comes next is pure human nature: what doesn’t work must be disposed of. If being a good citizen, if being somehow heroic, isn’t honorable despite hopes, then it is acceptable to start acting the opposite way. Life expectations cease to be about standardized moral values and become a matter of personal realization, open to a wide variety of possibilities and liberties, and libertine freedom. However, this position is only the mood produced by the spiritual void and lack of guidance. In reality, very few individuals do rebel against the establishment. Instead, people resort to fiction and pop culture to satisfy any needs of uprising. Anti-heroism in arts and entertainment becomes the cathartic alternative for fighting the old standards. People sympathize with characters from film and literature that clearly challenge society and its values.

The phenomenon isn’t new. There has always existed some idealistic admiration for “dark and complex” figures, whose traits wouldn’t precisely put them in the heroic category. And still, people happen to identify with the characters, or at least be fascinated by them. This kind of situation, including the discouragement symbolized by the old values, was what in the 30’s and 40’s gave place to the “noirish” style, in the forms of popular pulp fiction and films that were imbibed with sex and violence beyond any politically correct decency. For instance, the moral standards about marriage and language usage marked by the Production Code in the 30’s, or by the Motion Picture Association of America (MPAA) today.

In fact, when studied carefully, anti-heroism nowadays could be considered a radicalization of the noir principles. First, the ambiguity of the character has evolved to be overtly criminal, while still condoned due to circumstances or other excuses. Bogart’s morally ambiguous portrayals of the street-wise Sam Spade in The Maltese Falcon (John Huston, 1941) or the more chivalrous Philip Marlowe in The Big Sleep (Howard Hawks, 1946) seem tame compared to the maniac Tyler Durden embodied by Pitt in Fight Club (David Fincher, 1999). The three lie, cheat, and even kill, yet the former couple do it as required by their conditions, while the latter does these at will to forge his conditions. Second, the levels of violence and sexuality, implicit, explicit or graphic, have grown to incomparable proportions. As a general rule, the present blockbuster formula includes guns, blood, and at least one gratuitous sex or nude scene, regardless of censorship still practiced in the film industry — though not with the strictness of the black and white era. Third, the despair, anguish, and other unpleasant emotions supposed to be noirish no longer carry a degree of uncertainty about the future or the present. Anti-heroism is set for a rotten present to which most likely there won’t be a hereafter. The feeling is plain fatalistic, nearing apocalyptic. Last, just as the mood for noir was carved out with the help of the World Wars, our culture has been engraved by the ultimate form of extremism: terrorism, the cause of certain catastrophe. All these radicalizations, once analyzed, indicate a clear noir influence on culture today.

Nonetheless, the inherent criticism of noir — that dealing with conceptions about good, evil, men, women, and society in general — has steered away from its original aim towards a more individualistic orientation. It is not relevant how the individual survives the environment, but how the individual implements needs and desires upon reality. This new approach is appreciated mainly in the changes of the two key character of film noir: the hard-boiled protagonist and the femme fatale.

The best way to explain the transformation is by differentiating the motivation behind the old and the new versions. Previously, for the hardboiled man survival was the sole preoccupation. Spade and Marlowe care about getting their jobs done with the least amount of criminality possible and without endangering themselves too much. In a sense, they strive to keep their own values. They both cruise and toil among threatening guys in suits, dangerous sexy-legged women, and shady backstreets in dark urban settings full of oblique angles and plot twists. It all depicts an environment of corruption in which they have to survive.

Today, survival is not enough, nor are the standard “manly” roles designated by society satisfactory. The antihero won’t settle for either. In Fight Club, for example, Durden starts an all-out rebellion against consumerism and other social niceties that could be deemed as shackles constraining the individual spirit to a mediocre life. In spite of the fact that his actions are outright vicious ones like vandalism and attempted murder, their congruence with his eloquent dialogues makes them credible or even desirable. In a manner as jarring as the quick-cutting scenes, he convinces his peers — and the audience — that good is wrong, and that bad might be good. True values become twisted, darker and politically incorrect, just like the colors and lighting of the movie, but reasonable and appealing thanks to Durden’s charisma and rhetoric, all which leads to a feeling of “in Tyler we trust”.

The femme fatale role has evolved on a similar basis, but perhaps with a reversed effect. The typical femme fatale is motivated by greed, lust, or a combination of both, as exemplified by Phyllis Dietrichson in Double Indemnity (Billy Wilder, 1944). She uses all her “dark feminine powers”, ranging from looks to sexual attraction to deception, in order to accomplish her wicked goals. And she uses them on whoever is around or gets in her way. Dietrichson’s drive is out of an uncontrollable selfishness that ultimately leads more to her own doom than to her realization or happiness. Now, this very last thing, the produced downfall, is the key to understanding the new anti-heroine, who uses all of the same artifices, sometimes more extremely, but gets away with it. In a sense, anti-heroines are a hyped up version of the “survivor” archetype that has derived from the femme fatale model. These anti-heroines will not be defeated by their environment. The Bride/Beatrix Kiddo in Kill Bill (Quentin Tarantino, 2003) is an epitome: an attractive woman and skilled assassin, who is out on a “roaring rampage of revenge” after the attempted murders of her and her baby by her former lover and her past criminal colleagues. She becomes a redeemer of justice by killing the killers, although it happens out of scorn and vengeance.  Furthermore, all of the female characters in Sin City (Robert Rodriguez & Frank Miller, 2005) happen to be lethal and sexy, as required for femme fatales. These women rule themselves in Basin City, where men carry guns, but women carry bigger ones, and the occasional katana to ensure their common will. The equivalent of femme fatales nowadays is an anti-heroine that represents doom for everybody but herself and those she cares about.

There are also two effective ways to confirm this trend of anti-heroism: box-office turnouts and award winners, just as scholars have done for the film noir period. All the aforementioned contemporary films correspond to the first category: movies that did well financially in the box-office and DVD sales thanks to the audience’s preference. These are cases of pop culture that deserve being viewed as art despite critics’ scorn at the moment of premiere — yet another similarity with film noir and pulp fiction. For the awards category, on the other hand, it’s easier to identify the cultural favoritism by just reviewing the lists of Academy Award and Golden Globe winners for best picture and best performances since 1997. American Beauty (Sam Mendes, 1999) won Oscars for best picture and for best actor, for the role of the pseudo-pedophile suburban-dad Lester Burnham. Chicago (Rob Marshall, 2002), received two, one for best picture, and one for best supporting actress for the role of murderous showgirl Velma Kelly. Monster (Patty Jenkins, 2003) was awarded a best actress Oscar due to the role of not-so-good-looking-yet-sexy serial killer prostitute Aileen. Training Day (Antoine Fuqua, 2001) obtained an Oscar for best actor due to crooked cop protagonist Alonzo; Mystic River (Clint Eastwood, 2003) won best actor for the role of vengeful gangster Jimmy Markum. Recently, The Departed (Martin Scorsese, 2006) won best picture and best script; one about cops, gangsters, snitches, and crisscrossing betrayals. Television is part of this antiheroic sentiment too, as can be judged from recent Golden Globe and Emmy winners and nominees: House M.D. (FOX, 2004) received best actor for the portrayal of an arrogant, unscrupulous, and cynical doctor who cures out of personal challenge; The Sopranos (HBO, 1999) received best drama series repeatedly, while being a family drama about Mafiosi; Desperate Housewives (ABC, 2004) obtained best series and ensemble cast thanks to the tough and complex female characters starring in it. Even if the awards are just a process of the media industry to honor itself, they suggest the acceptance of a trend just like in the old days.

Nowadays, the general mood can be defined as one of distrust and contempt for the established morale and mediocrity in a time of material richness and vanity. Anti-heroes fight by all means for their desires, while anti-heroines assert their survival at all costs. Anti-heroism can be escapist, because it provides an alternative to an apparently fatalistic life, and revealing, since it manages to show a definitive truth about reality: that ultimately, we live in a world full of sinners and not-so-saints…