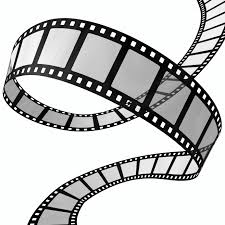 Conception of the Project

After choosing the art we wanted to express ourselves with, envisioning our source and potential material was easy. At least in general ideas or in whatever the time constraints of a class allowed us to figure out. I, being the cineaste of the team, was the one to make the proposal: let us be inspired by the works of Martin Scorsese. Cinematically and practically, it was the right choice, since his style is one that relies purely on filmmaking prowess, instead of special effects or other techniques hard to emulate or even to identify clearly. Besides, Scorsese’s skills could be applied to any story we wanted to depict. This brought up another concern: we wanted to please ourselves and the audience. To achieve it, we needed a plotline that was appealing, one to which both could relate. Disney movies became the answer: they were the bit of collective subconscious that we needed to bond with everybody else. Plus, redoing Disney sugar-coated movies with Scorsese’s hardcore filmmaking was going to be fun.

Next step was to select our material from the wide pool of options that Scorsese’s works and Disney’s productions represented. We decided to go for extremes from both, meaning the most innocent from Disney and the rawest from Scorsese. So, Disney’s “Bambi”, “Aladdin”, “Fantasia”, “Snow White” and “Alice in Wonderland” would be mixed with Scorsese’s “Goodfellas”, “Casino”, “Raging Bull”, “The Departed” and “Taxi Driver”. For a maximum effect, we had to pick the most famous scenes from the former to be distorted with the adult-rated traits of the latter; sometimes by recreating scenes from Scorsese with Disney characters, or by transposing the “Scorsesian” spirit into Disney sequences. Under these guidelines we were ready to start the most difficult part: the production of the project.

We had the general idea, which evolved into a script within a couple of days. In summary: Snow White would become a prostitute, friend of 7 violent gangsters with the personalities of the dwarves; she would be exploited by an evil witch with a bad-tempered, foul-mouthed magic mirror, then rescued by an ultra-violent “prince from Brooklyn” (copying Taxi Driver’s warm/yellowish lighting); Alice would get to Wonderland by being a drug addict who would hallucinate about talking animals (a type of paranoia evoking the one from Goodfellas); Fantasia’s wizard Mickey would box-fight brooms (like in Raging Bull); Aladdin would be a thief, with a drug dealing friend called “Genie” who would get thrown off a roof and splatter on the sidewalk (The Departed’s key scene); and Bambi would get bloodily battered-hunted (as in Casino’s ending). With all of this in mind, M.H., K.G. and S.E. started preparing the shooting days by getting actors, props and locations, while I dealt with getting the equipment and the whole adaptation of this filmmaking process.

And with the shooting days, script changes came along. Due to external restrains, we decided to do quite some modifications. Major ones were: Alice’s subplot was switched for one of Peter Pan and Tinkerbell inducing a girl to drugs; Fantasia was scraped out; as well as the 7-gangsters part of Snow White (cause: lack of actors). Aside from these, and some minor polishes and recastings in the sake of coherence and ease, the rest of the production went as planned. We shot the scenes in three different days, a Saturday, a Sunday and another Saturday, so that everyone could be involved fully in the project’s realization. Afterwards, it was all a matter of editing, adding music and putting in sound effects to get a final cut.

The last part of the project, the presentation, flowed mostly just as well as the rest. We would not only try to explain Scorsese’s style with clear details and give precise examples of our usage of such, but we would also try to imply the spirit behind our intentions for the project (those explicitly stated in previously in “Conception…”). We would had to do so through a short, concrete and well-designed presentation, composed by the material presented in the PowerPoint file, and the accompanying speech (which I volunteered to deliver because of my film knowledge, my cinematic passion and my  public-speaking ease). My teammates would deal with the technical side aspects.

But despite our efforts and aims, the very last part, delivering the presentation, broke the harmony of the whole project by going wrong thanks to technical difficulties. We couldn’t show the video first as we expected, so I couldn’t make direct references to the materials to explain and highlight the connections of Scorsese’s style and our project. In fact, we couldn’t show (at least to the whole audience) our video because both the computers we tried to use didn’t work. This was an upsetting and unfortunate surprise, for we had tested successfully the equipment before the class began. However, I got to deliver the presentation as planned, even if it was a “blind” version. At least we got to show the video to the persons who had to view it. Nonetheless, we lamented that the rest of the class, our audience, didn’t get to see the video, and that therefore we couldn’t properly appreciate their reactions and get feedback. Maybe YouTube will be the remedy to our frustration.

In the end, the whole process proved to be a fun, creative endeavor, from which we learned about the turnovers of fortune, and most importantly, about the nature of art.